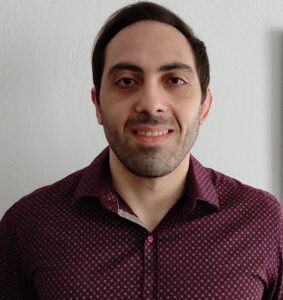 George holds a PhD in Electrical and Computer Engineering from the Technical University of Crete. He received his MSc and BSc in Computer Science from the University of Crete. He also received a certificate in Management of Information Systems (MIS) from the National and Kapodistrian University of Athens. During his postgraduate studies, he was a research assistant in the Foundation for Research and Technology Hellas (FORTH) for the Institute of Computer Science (ICS) in the laboratory of Information Systems (ISL). He worked as a researcher for the Technical University of Crete and as an R&D engineer for the Hellenic Aerospace Industry (HAI) at the EU-founded project nSHIELD. He was an R&D engineer for the Telecommunication Systems Institute (TSI) of the Technical University of Crete at the EU-founded projects OSMOSIS and COSSIM. He is currently a post-doc researcher at FORTH and has worked in the EU-funded projects VirtuWind, CyberSure, SEMIoTICS, CERTCOOP, THREAT-ARREST, and CYRENE. Also, he is a lecturer for the Information Systems Security at the Department of Electrical and Computer Engineering of the Hellenic Mediterranean University as well as for the Advance Digital Forensics at the Department of Science and Technology at the International Hellenic University. His research interests include information systems security, digital forensics, Internet-of-Things (IoT), Cyber-Physical Systems (CPS), circular-economy models, Big Data analysis, blockchain, and smart contracts, ambient intelligence, and disaster mitigation planning.

Our solutions are based on our novel security assurance and certification platform and its advanced analytics and cyber intelligence.

You can find out more about which cookies we are using or switch them off in settings.

This website uses cookies so that we can provide you with the best user experience possible. Cookie information is stored in your browser and performs functions such as recognising you when you return to our website and helping our team to understand which sections of the website you find most interesting and useful.

Strictly Necessary Cookie should be enabled at all times so that we can save your preferences for cookie settings.

If you disable this cookie, we will not be able to save your preferences. This means that every time you visit this website you will need to enable or disable cookies again.